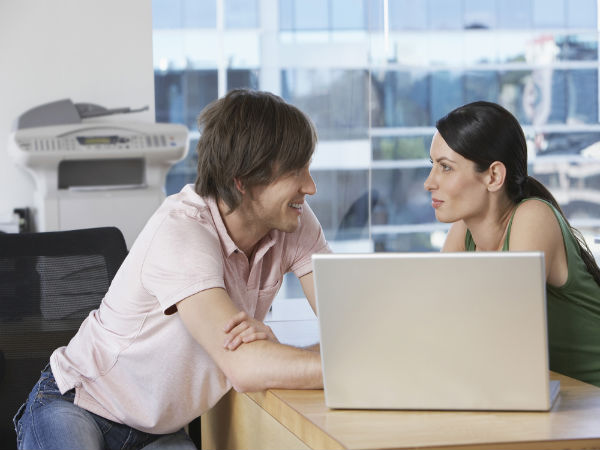 The work remains the privileged environment to make meetings between singles but also for extra-marital connections.

It’s not just a place to talk about work, it’s often the place where couples form.

Commonalities and an easier approach

The main reason is that all these people have many things in common including the same interests but also a similar training or a close culture.

The work also facilitates the first approach. It is easier to get started by talking about work rather than throwing a conversation subject without knowing the person.

A fantasy for some

It is also the preferred place for extra marital relations. The fact that you no longer have to see yourself outside working hours is one of the major advantages for this type of relationship.

The type of trade plays an important role

However it is not all trades that are affected by this phenomenon, one imagines badly a construction worker seduce at his workplace even if it remains quite possible.

According to the statistics it is the posts in the offices that are most concerned. Women with responsibilities are described as sexier by men, the myth of the woman Secretary has only to stand well!

The job is not only a place of work, it is also a meeting place, and after reading this article you will no longer see your colleagues in the same way.

This site uses Akismet to reduce spam. Learn how your comment data is processed.

Completing my profile: the list of errors to avoid!

Which restaurant for a first date?